Truckee Intermediate Field article
​
You just never know where researching is going to take you.
I received an email from a colleague outside Philadelphia, Pennsylvania, whose Shenandoah Valley relative had photographs from her grandfather that she discovered when cleaning out his files.
Our mutual friend thought of my mostly adventures (and not mis-adventures) on the West Coast (here in Truckee) and general familiarity with the Western United States, vs. the East Coast.  He suggested to his relative that she send me high resolution photograph images. Our mutual contact reached out to me wondering if I could guesstimate or identify anything in the image.  With only one written clue, “Mineral”, I set out the find out some details.  Because the image “looked” like it might be a rather mountainous range, and maybe, just maybe, it was in the western United States, we started an email thread that led to one discovery after another.  Recall, the only detail we had was one word, “Mineral”, and that based on the age of the car in the far left, it “could” be in the 1920s.  But the photos were found back east.  We did know that the grandfather was an aeronautical research map designer. That was the start of some pretty amazing coincidences.
I was now on a mission.
Don’t know WHY I suggested this, aside from the slant of the mountain in the background, but my gut told me the image could be somewhere near Lassen National Park.  Maybe.  Maybe not.
Setting out to determine if the image “could” be any place here, we stumbled on a 1928 Standard Oil of California Bulletin – on eBay of all places, largely due to the high resolution images which revealed the name "Standard Oil of California" and the plane number 5092.  Below are the two photos from my newfound “friend” across the continent.
Photos above, shared by Cheryl Lyon, Shenandoah Valley, August 2019 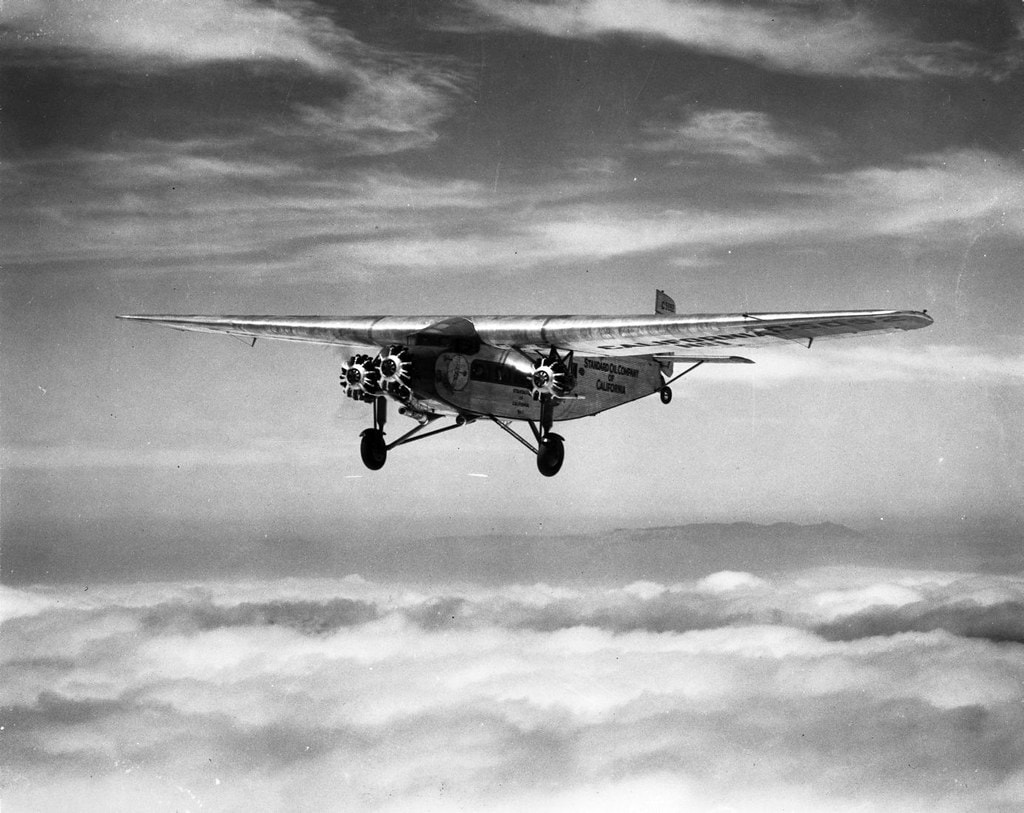 Ford 4-AT-B, serial number 4-AT-19, civil registration NC5092, owned by the Standard Oil Company of California. (San Diego Air and Space Museum Archive); as viewed at https://www.thisdayinaviation.com/tag/stout-metal-airplane-division-of-the-ford-motor-company/ .
Reviewing the 1928 Bulletin, we noticed that there were images of this SAME plane, # 5092.
There has to be something here. After numerous searches on the internet – Google, Google books, Babel Hathitrust, Library of Congress, WorldCAT, JSTOR, eBay of all places – bingo.  We hit pay dirt.
We located several brochures entitled “Landing Fields of the Pacific West” which had been updated for a 5th edition published in 1931.  Voila.  The brochure listed towns with airfields, and the town of Mineral was on page 50, and YES, Truckee was on page 80!
Why would anyone care about all this?  I have been researching airmail flights across the Truckee - Donner Summit corridor for a few years, always interested in anything new that comes across my view.
Who knew that researching for someone else across the country could lead me to the 1931 Landing Field details for Truckee, California!  Coincidence?  Maybe.
And consulting the wonderful Abandoned Airfields website for Northeastern California, Truckee Intermediate Field, a match was made.  Take a look at the geographic configuration of the Truckee Intermediate Air Field.  Pretty amazing stuff. 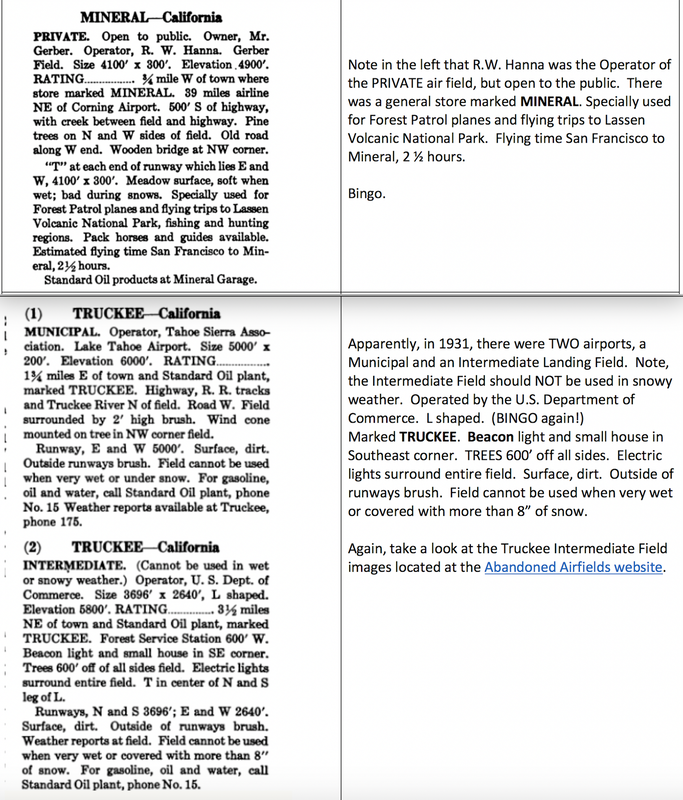 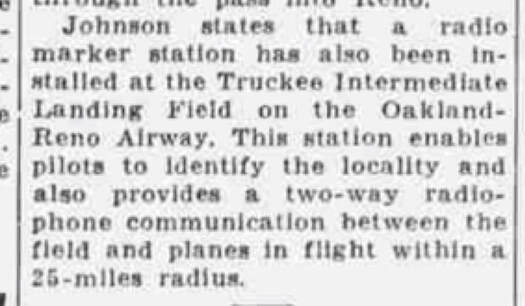